Heaven is a myth, Nepal is real: Muktinath Temple 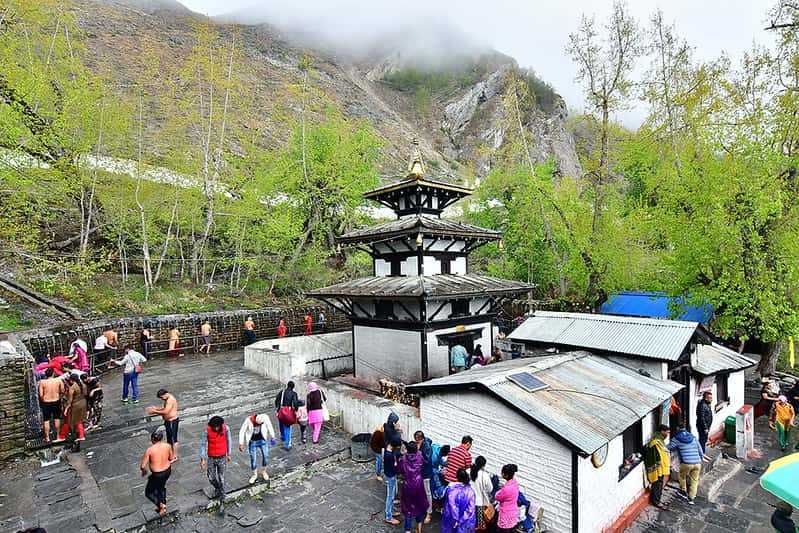 Muktinath is a Hindu and Buddhist shrine dedicated to Vishnu. It is situated in Muktinath Valley, Nepal, at the foot of the Thorong La mountain pass. It is one of the highest temples in the world (altitude 3,800 m). It is known as MuktiKshetra in Hinduism, which literally means 'place of freedom' (moksha), and is one of Nepal's Char Dham. This temple is ranked 106th among the 108 DivyaDesam (premium temples) that the Sri Vaishnava sect considers sacrosanct. ThiruSaligramam was its ancient name in Sri Vaishnava literature in the 10th CE (Common Era - meaning after 0 years), while Buddhism was in 568 BCE (Before Common Era - Before 0 years). This is where the SaligramShila, a naturally occurring type of Sriman, is kept.

Architecture and story of Muktinath Temple

The site is known to Hindus as MuktiKshetra, which literally means "place of salvation," and it is one of Nepal's oldest temples dedicated to the God Vishnu and the Vaishnava faith. The temple is one of the eight SvayamVyaktaKshetras (the other seven are Srirangam, Srimushnam, Tirupati, Naimisharanya, Totadri, Pushkar, and Badrinath), as well as one of Lord Vishnu's 108 Divya Desam, or holy places of worship. It's also one of the 51 Shakti Pitha goddess destinations. The temple is small, but it houses a golden statue of Vishnu as ShriMuktiNarayana that is human-sized. In addition to MuktiNarayana, the temple houses bronze images of Bhoodevi (Lakshmi's earth-goddess form), Saraswati and Janaki (Sita), Garuda (Vishnu's steed), Lava-Kusa (Rama and Sita's sons), and the Sapta Rishis (Seven Sages created by Lord Brahma). In the temple, there is an ancient Buddhist monk, and Buddhist nuns lead the service.
Behind the temple is a seven-foot-high semi-circular wall with 108 stone faucets. The faucets all have the same shape as a bull's head and are spaced about one foot apart. Water from the icy Kali Gandaki River has been channeled to flow through the mouths of these bulls, and courageous pilgrims who visit the shrine frequently stand beneath each spout. In Eastern philosophy, the number 108 has a lot of meaning. There are 12 zodiac signs (Rashi) and 9 planets (Graha) in Hindu astrology, for a total of 108 combinations. There are also 27 Lunar mansions, or Nakshatras, which are divided into four quarters, or Padas, for a total of 108 Padas. The Kali Gandaki riverbed downstream from Muktinath is the only place in the world where you can find the rare Shaligram stones needed to build a Vishnu temple.

Muktinath is also known as Chumming Gyatsa, which means "Hundred Waters" in Tibetan. ChumigGyatsa is a sacred location of the Dakinis goddesses known as Sky Dancers, as well as one of the 24 famous Tantric places, according to Tibetan Buddhism. Avalokitesvara, the Bodhisattva of Compassion and Virtue, is also said to have manifested at the place. Guru Rimpoche, better known as Padmasambhava, the founder of Tibetan Buddhism, is said to have meditated here on his trip to Tibet, according to Tibetan Buddhist legend.
Many Hindu and Buddhist pilgrims visit MebarLhaGomba, the little monastery of "miraculous fire," which is located near the temple's entrance gate, after concluding their prayers and devotion at the Muktinath temple. This monastery is known for its continually blazing natural gas fire, which Hindus worship as Jwala Mai, the Goddess of Fire. It is dedicated to Guru Rimpoche (Padmasambhava) and contains a statue of the Buddhist deity Chenrezig (Avalokitesvara).

Why is it called Shakti Peetha?

For a yatra, the Muktinath Temple is regarded as a Shakti Peetha. Mahadevi [Devibhagwat 7.14], one of the 108 Siddhpeeth, is the name of one of the 108 Siddhpeeth. Shakti Peethas are hallowed Shakti (primordial cosmic energy) abodes established by the fallen body parts of Sati Devi's corpse while Lord Shiva wandered. Shaktism reveres 51 Shakti Peethas, which correspond to the 51 Sanskrit alphabets. In each Shakti Peethas temple, there is a Shakti shrine and a Bhairav shrine. Muktinath's Shakti is referred to as "GandakiChandi," and the Bhairava is referred to as "Chakrapani." Sati Devi's temple, which is located on the forehead, is said to have fallen there.

Muktinath is a well-known Buddhist and Hindu pilgrimage place. Muktinath is a spiritual location of salvation for Hindus. They believe that soaking in these waters after death ensures salvation. The eternal flames that burn at Muktinath are claimed to have been ignited by the Hindu god Brahma. Muktinath is a Buddhist pilgrimage site where the great philosopher Guru Rinpoche (Padmasambhava), who brought Buddhism to Tibet, meditated. The location is ideal for finding Shaligram, or fossilized ammonites, which can be found all along the Kali Gandaki's upper reaches. If you really want to believe "Heaven is the myth, Nepal is real" then the road to Muktinath Temple will prove to you. You will never find something better, adventurous, and beautiful than this place. In addition, you can find salvation too.