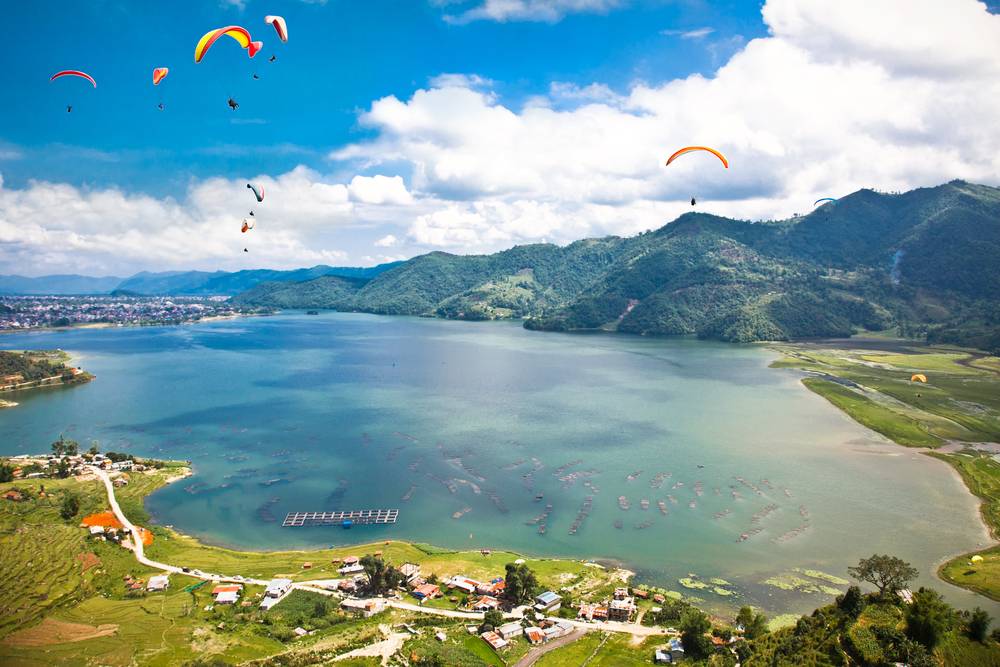 Nepal is a country with great natural beauty that diverges greatly. The astonishment of Nepal and the magnificence of the snowy summits of the Himalayas can be explained in words. Nepal with its enormous natural beauty has some of the most beautiful lakes that many people from around the world visit. Nepal is a dowry country with a large number of lakes that breathe away from everyone. Nepal's lakes are one of the travelers' most awesome places to visit. Here are some beautiful lakes, which obviously force you to visit Nepal on your next destination.

Set at 2990 meters above sea levels covering an area of 10.8 km2, Rara (the deepest lake in the Nepal Himalayas) is the deepest. It drains to the MuguKarnali River through the Nijar River located in the Jumla and Mugu districts. The water of Rara is characterized by a high pH and the freshwater is 5 km long and 3 km wide. It was declared a Ramsar site in 2007 and is located at a high altitude in Rara National park with a forest of pine, spruce, and juniper. In addition, with rare species, it has exceptional floral and faunal importance. There are three species of endemic fish and an endemic frog in the lake. The water birds residing at this lake reside in the winter. In general, three times a day the color of Lake Rara changes. Sometimes it appears to be blue, sometimes brown, and occasionally crimson and purple. When it blends with Sinje and Kanjirowa mountain shadows, the Rara scene will be charming.

Because of its unlimited Himalayan spectrum, sacred sites, flowers, cultural heritage, unique caves, flora, and fountains, etc., Pokhara has been a major tourist destination of Nepal. It's renowned as a city of Nine Lakes as well. Phewa Lake is the biggest lake in the Pokhara Valley and Nepal's second-largest lake among the nine lakes. Lake Phewa is once known as the Badam Valley, in the south of the 4.43 km2 area of Pokhara Valley. The lake is 8.6 meters deep on average. And the depth maximum is 19m. It extends from northeast to northeast for about 4 kilometers. It extends from northeast to northeast for about 4 kilometers. The lake's peripheral area is approximately 443 hectares, at an altitude of 742 m. Lake Phewa has taken on its importance in Pokhara from different perspectives. It is important both socially, economically, culturally, and ritually. Phewa lake is one of Pokhara's most precious tourist treasures. Phewa Lake is a tourist center of excitement and Nepal's biggest tourist hub. It is an incredibly nice and lovely place known for fun and entertainment. Phewa Lake's main attraction is boating. Boating with bare hands in crystal clear water is a more pleasant time.

Gosaikunda is another lovely lake in the Langtang National Park in the Rasuwa district. It is at 4,380 m above sea level and covers a surface of 4,0sq km. It covers 1030 hectares and in 2007 it was declared a Ramsar site. The lake is known as the source of the River Trishuli, a river that is fast flowing. It was portrayed by the Hindus as a religious site. It is one of the Nepalese lakes with one of its most beautiful and religious values.
Gosaikunda is also known as an immense religious place called the frozen lake. Gosaikunda is a house for the Hindu god Shiva and Gauri, according to Hindu mythology. The origin of Gosaikunda has been thought to be connected with the Hindu scriptures, as BhagwatPurana, Vishnu Purana, and the major Ramayana and Mahabharata epics. Moreover, Gosaikunda's water is considered sacred, and the bather in it is believed to be able to purify the soul and spirit. The devotee also believes that the immense grief of God Shiva resulted in his wife's death. Thus, with Trishul, he strikes the rock that makes the lake Gosaikunda.

Phoksundo Lake is the most famous walking destination in Nepal in the Dolpa district, located at an elevation of 3611.5m above sea level. It is 494 hectares with 409,000,000 m3 of water. It is known for its elegant turquoise colors as the Ramsar website in 2007. It has twenty stupas on the southern belt and an eastern lake gompa with annual prayers and adoration. The lake is one of the most popular high altitude and untouched trekking lakes in Nepal. Furthermore, its extreme apex and location are quite impressive tours throughout the world. The lake has a maximum depth of 145 meters, classified as an oligotrophic lake. This incarnation of the natural beauty of mountain-fed glaciers makes every traveler feel contemplated and the hypnotic beauty of the whole setting is fascinating. The lake originates in a village called Ringmo, which sits on a 30,000-40,000-year-old landslide lake at the southern end of the lake.

Tilicholake in the Manang district at an altitude of 4,919 meters and about 55 km from the rush of Pokhara city is one of the highest lakes in the world. In the Annapurna region, Tilicho, a renowned tourist destination, is an icy lake in the Himalayas. It's also very popular to walk. Walking at that place takes 3/4 days to get to the base camp in Tilicho, through the Annapurna Circuit Trek. Lake Tilicho offers the daredevil, who loves the geographical frontier, an adventurous journey. It is one of the Himalayas' best trekking areas and beautiful Nepalese lakes.
The Annapurna Circuit is favored by the majority of people. People can even make their journey more interesting if they choose an alternative route from the north. These days, this route has become more known among trekkers. Exquisite views of the Khangsar, Nilgiri, Tialo, and Muktinath Mountains, fantastic deep-rooted valley, and a settlement of different communities captivate each traveler. Each of the world's best sights, diverse culture, and nature.