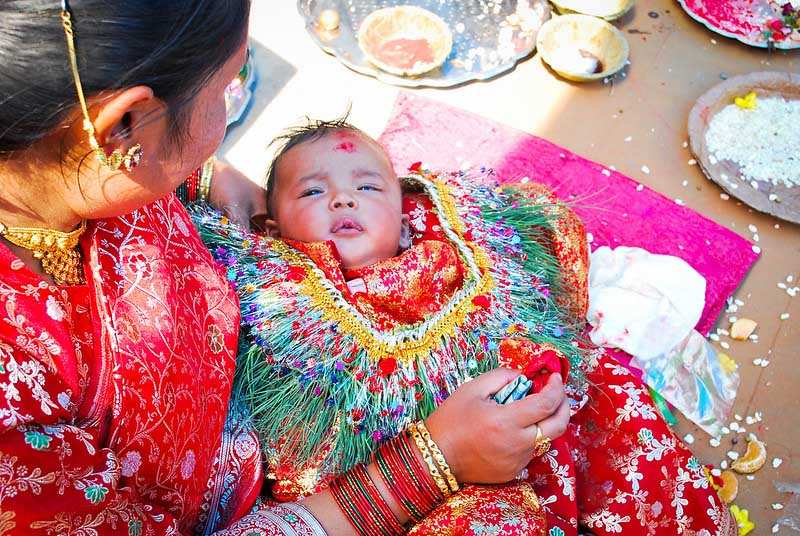 Nepal is a country with various ethnic and indigenous peoples with distinct arts, cultures, and religions. They are Nepalese society's prominent aspect. They celebrate different festivals with their unique rituals and customs throughout the year. However, their way of celebrating festivals and lifestyles is different. The customs are mostly derived from Hindu and Buddhist traditions.Customs is another important feature of Nepali society. The custom is different as many castes and ethnic communities are present. The underlying pattern of religions guides them. However, the parents decide on marriage arrangements rather than boys or girls. In some societies, blind superstitions such as shamanism still exist. The cow is adorated as a goddess so that they do not eat the goods. The husbands usually work outside and the husbands do, but it eradicates slowly. Some social groups, who are considered high castes, do not allow others to be known by the visitors in their kitchen. 1) Nuwaran (Name-giving ceremony): From the Hindu belief, Nuwaran is an 8th (for girls) and 9th (for boys) day of birth child naming ceremony. In Nuwaran, an astrologer determines the auspicious starting letter for the child's names along with the length of the name, depending on the date...