How to reach Annapurna Base Camp in 2021? 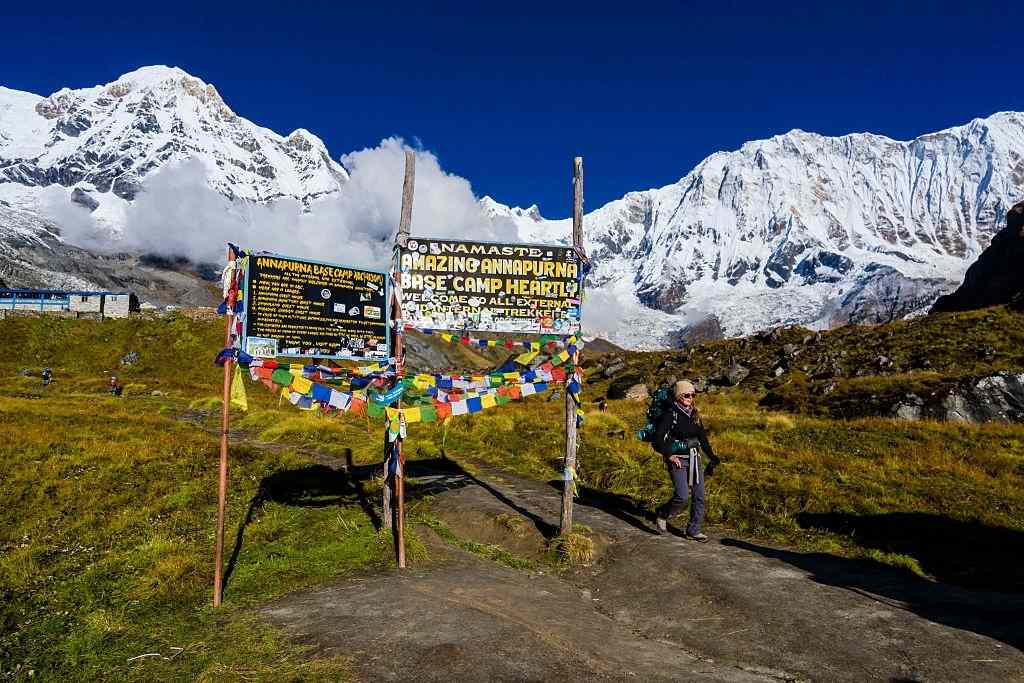 An overview of Annapurna Base Camp

The Annapurna massif, a 55-kilometer-long compact group of mountains in Nepal's north-central region, is well-known around the world. The Annapurna Conservation Area, the country's largest conservation area, protects this massif (7,629km2). The Annapurna Base Camp, also known as the Annapurna Sanctuary Trek, allows trekkers to experience the most spectacular section of the massif, including views of the world's 10th highest mountain, Annapurna I. Located north of Pokhara, east of Poon Hill and Ghorepani, and west of the Mardi Himal, the Annapurna Base Camp is one of the most popular trekking destinations in Nepal. Every year, two-thirds of the world's population visits ABC.

Permits and costs for Annapurna base Camp

Due to the location of the Annapurna Base Camp within the Annapurna Conservation Area, solo and group trekkers must obtain an individual ACAP entry permit. With two passport-size photos, hikers may apply for a permit. The permit fee for SAARC nationals is NPR 200/- (two hundred rupees), while it is NPR 3,000/- for nationals from other SAARC countries (Three Thousand only). Children under the age of ten, on the other hand, are not required to pay an admission fee. This permit is only good for one entry and must be carried the whole trip and presented to the appropriate individual at checkpoints when asked. The permit is non-refundable and non-transferable. In addition, this permit only allows trekkers to access the conservation area's designated areas.

To trek to the Annapurna Base Camp, trekkers must first obtain a Trekkers' Information Management System (TIMS) passport. Both Free Individual Trekkers (FITs) and those working for government-approved agencies can obtain a TIMS card. To apply for a TIMS card, trekkers must have a copy of their passport and two passport-sized images, as well as Nepali currency equal to $20/person (Green TIMS card) for free individual travelers and $10/person (Blue TIMS card) for group travelers. TIMS cards are available at the Nepal Tourism Board offices in Kathmandu and Pokhara, as well as the TAAN Secretariat in Maligaon and the TAAN Pokhara Secretariat in Pokhara.

Routes to Reach Annapurna Base Camp

Starting in Pokhara and returning via Ghorepani Poon-Hill, the regular route takes 11 days to reach the Annapurna Basecamp and back to Pokhara. Starting in Nayapul, the trail passes through Birethanti, Ramghai, Sudame, Hille, Tikhedhunga, Ulleri, Banthanti, Ghorepani, Tadapani, Sinuwa, Deurali, and Annapurna Base Camp before ending at Annapurna Base Camp. Trekkers returning from the Annapurna Base Camp will take the same route down to Chhomrong, then on to Bamboo, JinuDanda, and Pothana, where the ABC trek usually concludes. However, there is some good news for travelers who are unable to fly to the ABC in 11 days. The majority of companies sell Short Annapurna Base Camp Trek packages, allowing trekkers to complete the ABC trek in as little as eight days. Trekkers, on the other hand, can always take a detour if they have the time and want to see more of the region.

The majority of the Annapurna Base Camp Trek begins in Nayapul. To get to Nayapul, local transportation (bus) is accessible from Pokhara. From Pokhara, it takes about 2 hours to get to Nayapul. If you're beginning your journey in Kathmandu, however, you have the choice of driving or flying to Pokhara. Pokhara can be reached in around 7 hours by tourist bus from Kathmandu. If you choose to fly, it will only take you about 20-25 minutes to arrive in Pokhara. If you are willing to pay a little more, you can also hire a private jeep or car to get to Nayapul from Pokhara.

The Annapurna Base Camp Trek is one of Nepal's most straightforward base camp treks. Altitude sickness is very unlikely. What you need is good health and the stamina to exercise for 6-7 hours a day. While no prior hiking, trekking, or camping experience is needed to prepare for this trek, some prior hiking, trekking, or camping experience would undoubtedly make this trek easier. The difficulty is only to be anticipated in the event of poor weather or trail disruption caused by a natural disaster.

Best Season to trek to ABC

The Annapurna Base Camp Trek is best planned in the spring (March to May) and autumn (September to Mid-December). The trail, visibility, and weather conditions are all very favorable during these seasons. During the monsoon season, the trail is very slick, the views are obstructed by clouds and fog, and it is very cold due to snowfall during the winter season.