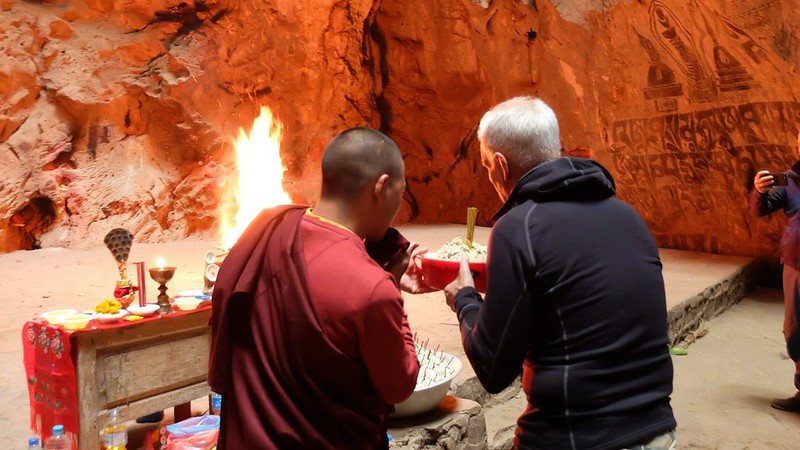 In the district of Khotang of Nepal, there is HalesiMahadev Cave. HalesiMahadev District is important among various holy places in Khotang. The trail to Ghurmi, Okhaldhunga, Jayaram, and Halesi is roughly 222 kilometers from Kathmandu along Dhullhel, Nepalthok, Khurkot. It takes roughly 8-9 hours to reach HalesiMahadev while we are traveling on the limited road. Two meters high is HalesiMahadev, which shrines Shiva Linga inside the cave. On the north of the Shiva Linga, two pillars make a narrow pass near each other. . The sinners are considered not to be able to cross this crossing, but to confess the misconceptions they perpetrate would make it possible. Thousands of devotees come to worship the emblem of Lord Shiva with the conviction that HalesiMahadev helps the needy with prosperity.

How can you reach HaleshiMahadev?

In Himalayan literature as long back as the 12th century, the caverns of Halesi-Maratika are mentioned. KathangZanglingma outlines original events which made Maratika caves a hallowed destination for Vajrayana practitioners, a biography of Padmasambhava, a term disclosed and transmitted by NyangoNyimaOzer. In ancient times, in the tradition of residing in Halesi caves, the Kirats ancestors, Khokchilippa / Raichakule were mentioned.

The Halesi-Martika caves, which he hid from the demon Bhasmasur, have been thought to have served Lord Shiva as his residence. Halesi is an essential pilgrimage location in eastern Nepal for both Hindus and Buddhists. The hollow in the east is best known as the 'Pashupatinath of the East.' During the season of Mahashivaratri and BalaChaturdashi, thousands of pilgrims visit these caverns.

Hinduism: After scaling various peaks, Hindus from India came to worship Lord Shiva. Many people travel here from places such as Ladania and Jayanagar to pray to HaleshiMahadev during the month of Shrawan. The caves of Bhasmasur, Rama Navami, and Ganesh Chaturthi celebrations are the occasions of fairs and festivals.
Buddhism: A kind of Terma, which was elemental in the cellar, was found in Mandarava and Padmasambhava by DakiniSangwaYeshe. These hot springs are among the longevity teachings of Buddha Amitabha, published at the request of Bodhisattva Avalokitesvara. Here Mandarava and Padmasambhava acquired immortality (or endless life) in the caves of Halesi-MartikaVidyadhara.

During the festival: The first-ever devotee in Satya Yuga was Lord Vishnu to respect the HaleshiMahadeva. Later, numerous rulers, wise men, devotees, intellectuals, writers, hermits, abbots, ascetics, and Shankaracharya were paid honor to this hallowed place. On particular holidays such as BalaChaturdashi, Shiva Ratri, Ram Navami, and Teez, there are traditions in doing special rituals on the MahadevHalesimandir. In particular, people of devotion perform several more prayer activities such as reading the Rudri, Chandi, and the Vedas, followed by fire sacrifices, recitals, 10 million burning sacred threads of wood, and millions of pommes, etc. The MahadevaHaleshwor is seen as the deity of fulfilling and giving bounties to the devout followers. Thus devotees solemnly promise and conduct according to their desires.

For both Hindu and Buddhist, HalesiMahadev is a holy temple. The cave of Halesi is supposed to be utilized as a residence for six thousand years within the temple. When the Demon Bhasmasura hides, Lord Shiva hides there. The cave lies among DudhKosi's sacred waters and the Sun Kosi River. In Bhasmasura, fairs and celebrations are conducted in this region by Ram Navami and Ganesh Chaturthi. Hindu people After traversing numerous hills, Vikram Sharma of India begins here. In 2011 it was renowned Cold and rainy weather at this place. Now-a-day, Jeeps can bring folks here. If you are a Hindu or Buddhist you must visit this place. Or if you want to see caves it is the perfect place for your adventure.