Top 8 Famous Temples of Nepal That You Must Visit 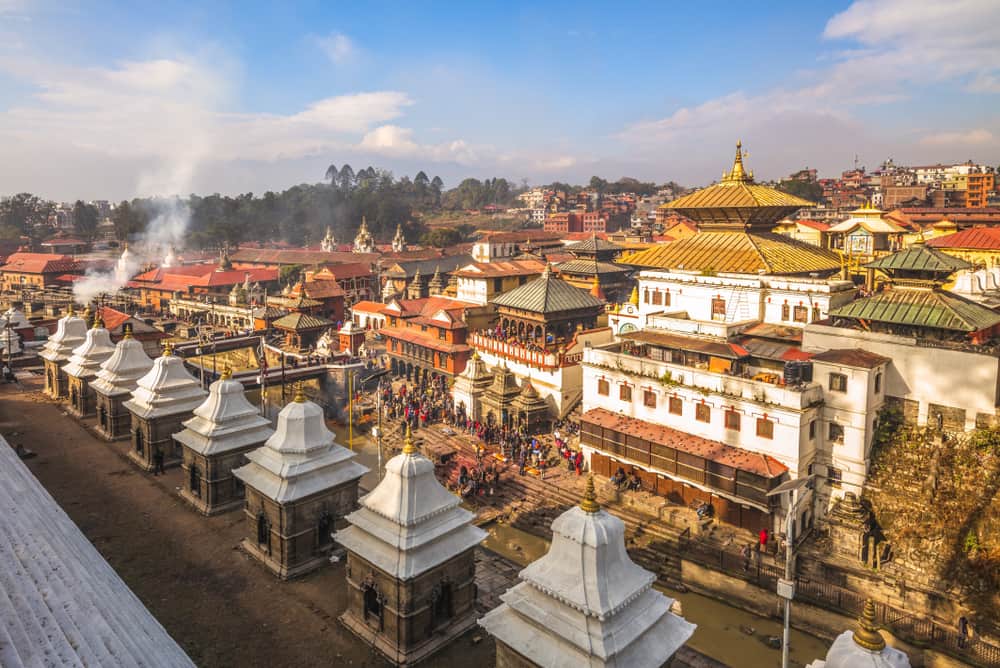 Are you planning to visit Nepal? If yes, then you must not forget to visit the famous temples of Nepal. All the beautiful Temples in Nepal have their own significant story related to God and they are all holy.

If you are in the search of inner peace and satisfaction, then these places are best for you. Nepal has a distinctive and unforgettable culture. This country is covered with shrines and temples that are known for their absolute beauty.

So, are you excited to know more about them? If yes, let’s dive deeper into them. Stick with us till the end!

Pashupatinath Temple is the most famous temple of Kathmandu Valley. This temple is also listed on the world heritage site. It is the most popular religious site for Hindus.

Although Pashupatinath is believed to be the home of Lord Shiva (Mahadev), the people of all religions visit this famous temple. In and around the Pashupatinath Temple, you can see lots of Monkeys and Deers.

It is believed that, after 1000 years of meditation, tears began to fall from the eyes of Lord Shiva, which is now a Rudraksha Tree. So Sadhus in Pashupatinath wear garlands of Rudraksha.

Manakamana is also one of Nepal's best-known temples. It is located in the Gorkha district, 106km away from Kathmandu. Manakamana is Goddess Bhagwati’s temple and also Devi Parvati’s personification. Manakamana means “heart” or “soul” and “wish”.

It is believed that, whatever you wish with the Goddess of Manakamana, she fulfills your wish. This tradition dates from the 17th Century. With the help of a Cable Car, you can reach the main temple of Manakamana or you can hike too.

Crossing the Trishuli River and reaching Manakamana takes around 10 minutes. Almost all married couples go to Manakamana to get blessing from Goddess for their new life and living.

The highest sanctuary in the Valley of Kathmandu was found in Changu Narayan, 4kilometers north of Bhaktapur. Created in advance of 325 AD, it is one of the most beautiful and truly necessary structures in Nepal. The two-story sanctuary was reconstructed in 1702, after its destruction by fire, and consists of many carvings of the ten Vishnu incarnations and different Tantric multi-armed goddesses. The true jewels of Changu Narayan are in the courtyard surrounding the chief temple stone, wood, and metal carvings, as the case may be, of the Lichhavi time frame (fourth and ninth hundred years).

One of the designated wonders of the Kathmandu Valley structure is SwayambhunathStupa. The so-called 'Monkey Temple' is generally around 2500 years old SwayambhunathStupa. Swayambhu has 'independent' or 'self-existent' demanding significance. This is the Buddhist Monk's most popular stupa from all over the world. In the west, the main entrance is where you can see Lord Buddha's three gigantic statues. There are 365 steps, which lead you to a supernatural illumination with a view of the statue of the sleeping Buddha. You can get a view of the city of Kathmandu from the front of the stupa. There is a little fake fountain and lake on the west side of Stupa. There is an example of a coin tilting and if the coin is placed on a plate it is considered to be great karma.

The temple Muktinath is one of the holiest and famous temples in Nepal located on the lap of the Himalayas. Although it is Lord Vishnu's temple, the Hindu god, the Hindus, and the Buddhists also admire this famous temple in Nepal. As it is recognized as the temple at the highest altitude (approximately 3800 meters from the Sea Level), almost 17,000 people visit it each year in seasons such as autumn and spring. Can't miss winter? (in winter climate remains cooler than ever but also many visitors do not fade). In the front of the main temple, there are two holy lakes. These buckets are called "MuktiKunda" as well.

The splendid JanakiMandir in the heart of Janakpur is the Hindu temple. The temple is an example of perfect creativity, fully incorporated in brilliant white color. Janaki Temple is one of the holiest places in Nepal for Hindu believer. It is one of Nepal's famous temples to visit once in a lifetime. Every year thousands of guests from Nepal and India visit this ancient temple with its orientation into the Holy Bible. The NaulakhaMandir temple is also renowned (meaning Nine Lakhs). It costs approximately the same price for the structure of the temple: Rupees Nine Lakhs or Nine hundred thousand and that's why the name is given.

MahadevHalesi Temple is located in the Khotang District hilly area of Nepal. The River DudhKoshi is situated between sacred rivers and the SunKoshi River on the right. HalesiMahadev is very important among some religious destinations in the Khotang district. This is why the Temple of HalesiMahadev is listed as the top 15 famous temples in Nepal. The journey from Dhulikhel, Nepalthok, Khurkot to Ghurmi, Okhaldhunga, Jayaram, and Halesi is approximately 222 kilometers from Kathmandu. It takes around 8-9 hours to reach HalesiMahadev as we travel along the limited street.

The Temple of Gosaikunda is also one of the many holy temples of Nepal. In a beautiful place in Nepal, this temple is located. In the Hindu legends, the residence of Lord Shiva and of Lady Gauri is Gosaikunda Lake and its surrounding region. The legend has it that when Lord Shiva shoves his (trident) trisuli into a nearby mountain for the extraction of water, he created Gosaikunda Lake. The lake melts and snacks down to form the Trisuli River and in the winter it is frozen for six months. Many believe that Gosaikunda's water is very holy and blessed.