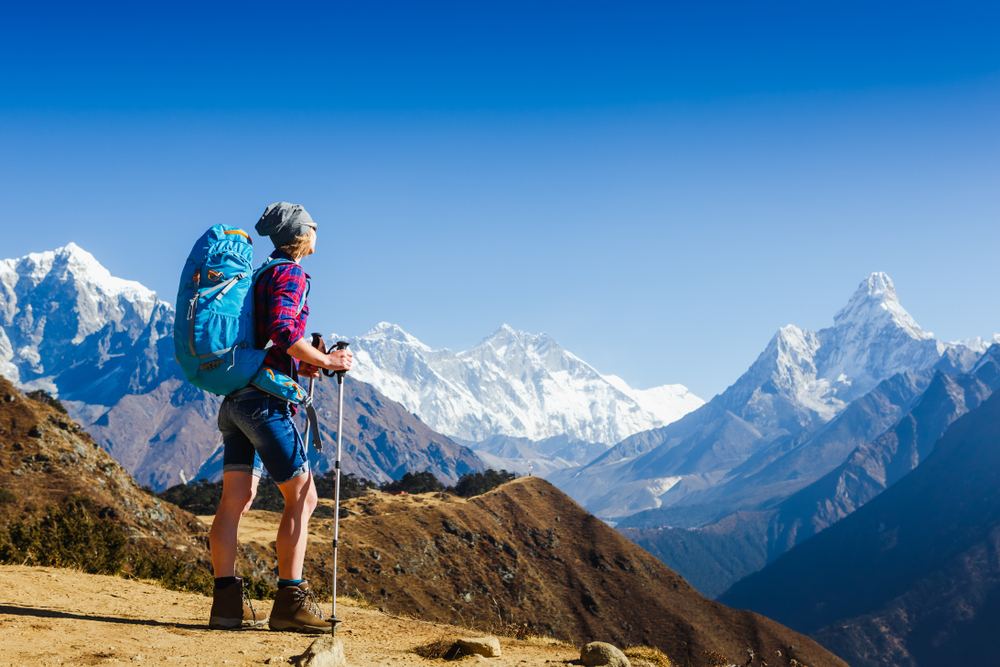 Are you in Nepal for trekking? Help us take a quick look at what's probably Nepal's 12 best treks. At least today, based on the number of hikers, they are the most popular treks in Nepal. Nepal attracts more than 200,000 hikers every year. Every year, +200,000 people are confronted with the difficult choice of which hiking destination to explore in Nepal. Take it – not an easy choice. Face it. Nepal houses some of the world's most magnificent treks. The best treks in Nepal include, for example, the Everest Base Camp, the Annapurna Circuit, and the Langtang, and upcoming treks including the Manaslu Circuit Trek and the Nar Phu Valley Trek. Read on to decide which hike is best for you if you plan to go trekking in Nepal.

The Three Passes Trek brings you across three 5000m passes and is the best way for those who spend 3 weeks on the trail to truly experience the Everest Region. It includes parts of the Everest Base Camp Trek. However, as you cross Renjo La, Cho La, and Kongma La Passes, you get even spectacular views from the giants in the center of the Himalayas. The Three Passes Trek can be coupled with other Everest Base Camp Trek variations.

Since new lodges were built in 2010, the Manaslu Circuit Trek has become more accessible. The tour has all you might expect of a classic Himalayan tour — deep valleys with lower altitudes, fantastic views of 8,000 m and 5,000 m over the past, all of which remain largely untouched by visitors. The trek is full of characteristic features. The Manaslu circuit still feels very remote, despite its growing popularity and fewer trekkers than the classic most well-known Nepalese treks.

The Trek of Langtang is a true heart trek. The trails and guest houses have been repaired, and the hikers are back, having been without travelers for a couple of years since the 2015 earthquake. The trek leads you to the beautiful forests of KyangjinGompa, a Buddhist monastery, through the high alpine wetlands and Yak Passes, and optionally on a day hike up KyangjinRi (peak).

Towards the foot of South Annapurna, the Annapurna Base Camp Trek leads you deep into Annapurna Massif. The scenery is quite different from most other classic treks because the views are less expansive and vertical: the mountains above you are almost straight ahead. The Annapurna Base Camp is, in several ways, a less intensive version of the Everest Base Camp, but it can be done in a shorter period. The route climbs up into an amphitheater of the mountains, a river that gradually narrows. While other walks circle or take you to panoramic viewpoints, this tour goes to the bottom of the big Himalayan peaks.

Compared to most other hikes in Nepal, the arid valley of the Upper Mustang Trek features a different landscape. This area lies in the desert rain shadow of the Himalayas with its many shades of brown and crumbling sandstone cliffs. Mustang once was a kingdom of his own, and its strong Tibetan traditions turned this tour into a cultural trek. The Upper Mustang trek is the final gateway to Mustang's mysterious world, also known as Lo. Once prohibited and isolated for decades from the rest of the world, Tibet has evolved in its own distinctive culture and rich traditions. It crosses one of the driest regions of Nepal and offers spectacular mountain scenery.

Like the Three Passes Trek, the Gokyo Lakes Trek is an important part of the Everest Base Trek and takes you to an eastern Everest valley. Its main attraction is Gokyo's lovely lakes, about 5,000 meters away. From there you can walk on a rocky peak, Gokyo Ri, which offers a great panoramic view of Mt Everest. From the mountains, you can walk. In addition to walking to Gokyo Lakes, which has six ice cream feeds, trekkers can also take a climb uptown GokyoRi, the Everest Base Camp. From the top, Everest and other high mountains and glaciers will be spectacular. The tour offers a lot of diversity: views of the bright turquoise lakes, the Ngozumpa glacier (the largest glacier in the Himalayas), the Everest, and other 8,000-meter mountain tops of the Gokyo Ri (Lhotse, Makalu, and Cho Oyu).

The Dhaulagiri Trek is one of Nepal's most challenging treks, due to its sustained height, and spends 3 days in a row, without any easy descent, walking over snow above 5,000 m. That said, this trip is an unforgettable adventure that leads you into some of the highest mountains in the world if you have any experience and can meet this challenge.

One of the world's most famous treks is Everest Base Camp Trek. Thanks to its history, its great vistas, and the Sherpa culture that you experience during the trek, it certainly deserves its reputation. As the trek is so popular, however, its main trails are usually crowded. That is why we list more treks in the Everest area (Three Passes Trek and Gokyo Lakes). But Everest Base Camp is still a great trek, despite the crowds, that is worth listing among the greatest treks in Nepal. In the heart of the SoluKhumbu, you will be taken along this classic trekking route. While many other amazing areas are situated in Khumbu, this is the walk for you if your main objective is to reach Everest Base Camp. You will have a wonderful view of the mountains and a great Himalayan experience. Where smoke is present, usually there is fire, and why it is so popular is there if there is a good reason.